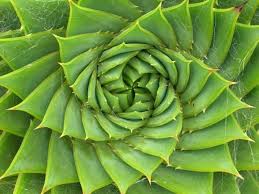 “How do you manage to live with the pain I have caused you, Karin?”

“I have no choice but to go on loving you, because God has chosen me for you. I can’t fail Him.”

It suddenly dawned on PW, something that had always puzzled everybody, this twenty five year old mystery. He looked at his wife in wonder. “You didn’t want me, did you? You had always wanted Hennie! And who could blame you? He was more of a man that I could ever be, the eldest son and all that. And suddenly, you changed your mind and I wondered why. All the boys, my friends, were saying that it was because Hennie was away on National Service, and you craved attention, so you switched to me. But it had been God all along, hasn’t it, Who was behind your change of mind?”

“Yes, but I learned to love you. And I have no regrets. You are the best husband ever.”

“Even after all I have done to you?” He was incredulous.

“Yes,” she said simply. “You are the best, because you are the only one I’ve got.”

He looked at her in admiration. “How the blerrie hell did you do it? I really believed that you were in love with me! I thought you went crazy for my eyes and my long muscly legs!”

“I faked it until I made it,” she replied airily and they both burst out laughing. “Fortunately, you look better now at forty three than when you were twenty.”

All the love of their shared twenty two years together came tumbling out like their children’s toys from the wicker basket, just like when the boys used to pour out Christmas presents from the sack. Yes, it was the power of her intention that made love appear as if by magic where there had once been emptiness. It is just like the Universe: it only takes one excitation, an impulse, for life to happen.

“Jesus! You mean to tell me all that lust and panting was not real?”

“I made myself think only of you, PW. I filled myself with you. Only you. And after a while, Hennie stopped mattering. He became just my brother-in-law. It was as if our old history did not happen, probably because I am completely focused on my present and future with you. And that is what I have been trying to tell you, PW, that in life, everything has its own sweet place.”

“Fibonacci sequence,” PW breathed. “Of course! There’s such beautiful order in nature that I sometimes wonder if God is a mathematician.”

“Ag, PW, don’t complicate things. I don’t know what Fibonacci sequence means, but I know one thing, love is the most efficient law. That’s why it is obeyed universally, and it only brings suffering when it is not obeyed. When people don’t obey the law of love, the whole blerrie system breaks down. Look at our country. It is corrupt, that’s why we are poor.”

“Yeah, like in my case. I broke my covenant with God. And with you. That’s why I am suffering. Nothing means anything to me now, Karin, not even the blerrie accelerator.”

“You are a good man, PW. Like I said, even successful men make mistakes. And I say you are a good man because you tried to spare me. Your protected me as much as you could from the pain instead of dragging me down with you. That’s what most people do, you know. When they are in  a bad place, they try to take their partners down too. But you did your best to keep me afloat. And you try so hard too – I see it in your eyes – to stop my pain.”

“You gave me the best you could,” she said.

“I know you are trying to be the husband I deserve, PW, and because you are trying, it is enough. If you set the intention, the energy will follow, and as a physicist, you should know that where energy goes, life follows. I don’t ask for more than your intention, PW, to love me fully again. Yes, I know, it is not much what you have for me now, and of course it hurts. But I say to myself, ‘Tomorrow, I’ll think of some way to get my husband back, and after tomorrow is another day’.”

He stood up and pick his wife up into his arms. ‘Enough of that talking, let’s go to bed.”

He knew deep down that with his wife, there is spirituality and true beauty in all that they share because they were merely following the set path outlined in Fibonacci’s sequence; in a world spiralling outwards of excitement, ambition and unnatural sex with his twenty one year old mistress, he will always come home to this sameness, to this life in Die Uitkyk, living quietly with his family.  Individuals don’t have an independent existence but rather exist only as part of an ensemble of many. Maybe that’s the meaning of life that he had been seeking, he thought: just to live each day well and love truly and deeply those who love you selflessly, to propagate that love that lies beneath all aspects of Creation.

“Just promise me one thing, PW.”

“Never stop going to church, even when you are far away from here. Because we have to love, like we did in the beginning. All this will pass, and in the end, there is only the love between us that matters. And whatever we have missed with each other in the bad times like now, we possess together the precious, the real, the one true path. So don’t stress, my husband, just love.”

The cynic in him wondered if life could really be that simple: just love your wife and all would be fine. And then he thought, for all the unimagined vastness and unfathomable complexities of the Universe, there are only four fundamental forces that shaped everything.

I am the integrity you lost when you became like her, instead of becoming truly you, she said. And for once in this lifetime, the Higgs field was completely silenced in tribute to the loveliness of this purity and giving, all the particles within it stilled and the four fundamental forces were in abeyance.

A sweet introduction to Fibonacci sequence in nature: https://www.youtube.com/watch?v=14-NdQwKz9w

The song, Lateralus by Tool is also about Fibonacci, please do watch to be blown away: