He stood up and pick his wife up in his arms easily. ‘Enough of that talking, let’s go to bed.”

He knew deep down that with his old wife, there is spirituality and true beauty in all that they shared because they were simply following the set path outlined in Fibonacci’s sequence; in a world spiralling outwards with excitement, ambition and unnatural sex with his twenty-one year old mistress, he will always come home to this sameness, to this life in Die Uitkyk, living simply with his family.  Individuals don’t have an independent existence but exist only as part of an ensemble of many. Maybe that’s the meaning of life that he had been seeking, he thought: just to live each day well and love truly and deeply those who love you selflessly, to propagate that love that lies beneath all aspects of creation.

She wriggled out of his arms and kicked her shoes off. In her stockinged feet, she stood six feet three quarters of an inch tall.

“Just promise me one thing, PW,” she said as she began taking off the clothes; the way she did it with her back facing him, her head turning slightly towards him as she spoke sent his heart thudding like the hooves of wildebeest in his ribcage.

“What?” His eyes ate her hungrily. At this moment in time, he would have promised her anything and everything she asked.

Her clothes came off swiftly, deftly, until she was stood there in her lacy white panties. Where did she get those from, he wondered inconsequentially. She turned to face him, meeting his eyes steadily. “Never stop going to church, PW, even when you are far away from here. Because we have to love like we did in the beginning. All this will pass and in the end there is only the love between us that matters. And whatever we have missed with each other in the bad times like now, together we possess the precious, the real, the one true path. So don’t stress, my husband, just love.”

She put a white cotton nightie over her head, slid her arms into the sleeves and fastened the buttons.

The cynic in him wondered if life could really be that simple: just love your wife and all would be fine. And then he thought, for all the unimagined vastness and unfathomable complexities of the Universe, there are only four fundamental forces that shaped everything.

She got under her covers and held her arm out to him. He removed his trousers quickly and joined her eagerly under the covers.

‘Just hold me, PW,” she said firmly, much to his disappointment. But as they lay nose to nose, he felt a gladness permeating his heart.

“Hey,” he said softly to his wife, feeling like a seventeen-year old inexeperienced youth, like the plasjaapie he had once been all those years ago. He smiled at her in the dark and she felt, rather than saw, his smile. He stroked her hair gently, and he thought to himself, how beautifully our bodies fit together like this.

He wasn’t sure whose lips found whose, but when they met, it was sweetness itself. The tentative first touch, soft like the caress of dawn, holding the same shyness and the same smile. The hunger and the yearning were there but they were tamped down by something deeper and infinitely sweeter. His fingers undid the top three buttons of her nightie and he slipped his hand in to cup her left breast. And there his hand stayed as they fell asleep together, nose-to-nose, lips lightly touching.

I am the integrity you lost when you became like her instead of becoming truly you, she whispered in her sleep. And for once in this lifetime, the Higgs field was completely silenced in tribute to the loveliness of this purity and giving, all the particles within it stilled and the four fundamental forces were in abeyance. 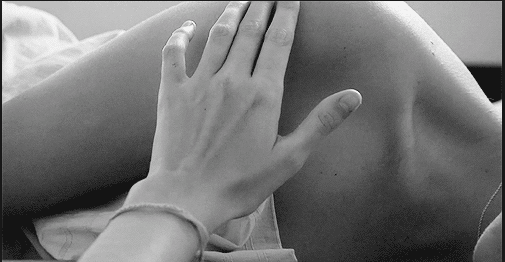 What inspires me? A strong man, because with strength comes an unshakeable confidence, a courage of conviction, fearlessness and vulnerability. He dares. I love it when a man dares. Also, I am a very physical person; thus I find physical, mental and emotional strength very attractive in a man. When a man has all three and at 100% load, it’s nuclear fusion in the chambers of my heart, a reaction which cascades like wildfire and it spreads everywhere.

I think we are all narcissistic in nature, thus we subconsciously are turned on to some aspect of a person that is a reflection of our inner selves (for weak people, they seek who they wish they could be, because they dare not themselves). For me, the best is when there is a collision of strong matching pairs, like the matter/anti-matter reaction which yields tremendous amounts of energy (E=mc2 equation). Yet religion, society and logic say that the best pair is when both complements one another like the yin-and-yang symbol. All very good in theory, but the physicist in me knows that E=mc2 explosion is simply mind-blowing. But there has to be honesty, or it is just weak fantasy. When it is real, it gets real powerful, just like using pure reagents instead of watered-down versions.

I am religious, thus I love it when the carnal and physical becomes emotional and spiritual. This is simply too beautiful for words, the moment when a man’s body is on fire with his lust for you, yet his eyes light up with a spiritual fire and he calls out your name with the depth of his emotions, and you know you inspire all this, that you brought a strong man to this.

The protagonist of the story of course has it, of course 🙂

Do you notice how similar our eyes are?

We are reflections of each other.

There is no one on earth who could match us, strength for strength.

You are a big strong man – yet I rowed you from A to B across the stretch of blue. How many women would? But more importantly, how many women would you allow to? None. Only me. Because I am the female you – your Cambridge to my Oxford.

Jedi, I match you, strength for strength. That’s why we fight.

The ferocity of my passion matches yours, fury for fury.

You rise to meet me each time, stronger, until I finally yield to you.

I yield to you, because you are helpless yet unafraid of my onslaught. A lesser man would not have been able to withstand it – that’s why I show the full expression of myself only to you. The best and worst of me is only for you.

That is your power over me.

Because in you, I have finally met me.

Your name. When someone says it again and again, in ecstasy of you.

I have written six non-fiction books before this. Catching Infinity is my first novel. For months, I approached writing my first novel as I did my six non-fiction work. But my writing came out dry and soulless. It was only when I connected my deep, inner sexual being – that creative energy – to my writing that it began to flow. Yes, I am writing about theoretical physics! But read on, you will see how it is all interconnected, this “we are massless, dimensional beings here for the human experience, not human beings here for the spiritual experience.” And our sexual desire is the strongest physical feeling we can hope to feel, for that ultimate in human experience.

The protagonist in the story is a Professor of Theoretical Physics, from the ages 36 to 43. He is an academic, but he is a very sexual person – strong but also sweetly vulnerable; he was pious yet hungry. The sexual part of him has to feature prominently in the storyline, because I believe that we come alive for our sexuality rather than love. Love keeps us in faith and all the good things, but sexual desire, it is what that makes us human and alive.

Never lose touch with yours. Writing this book made me realise that it is from our sexuality and desires that the font of our creativity is filled. 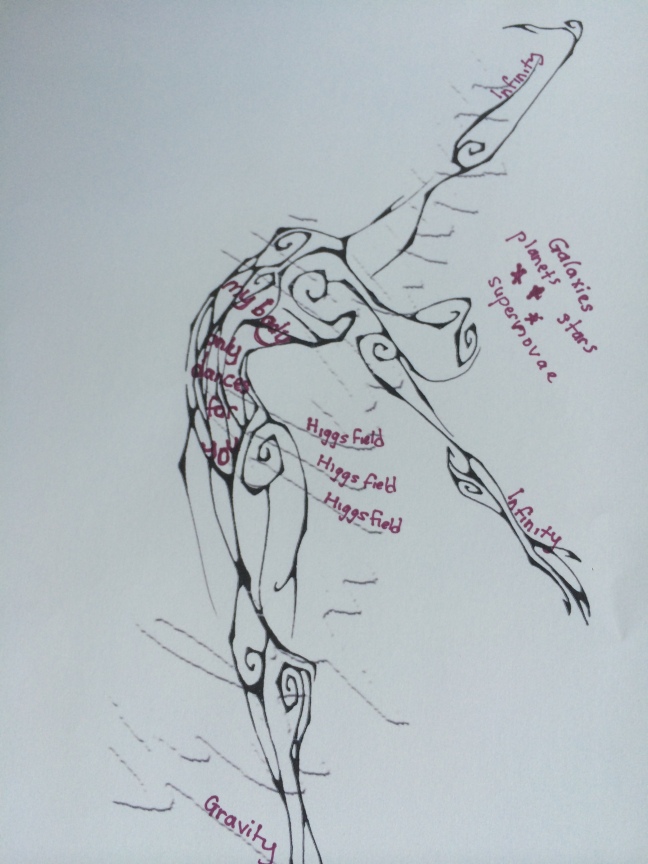 The most powerful aphrodisiac for a woman is when a man desires her almost exclusively. I would go as far as to say that it is the most powerful feeling ever, this desire for one and one only. The force of it moves rationale, conscience, God even.

“My body only dances for you” – the dancer in question is unable to do more than dance for the one who desires her. She wanted to say, “My body dances only for you” but in her real life, it does not. She dances for another.

In the private, she dances for him. Her sexual being becomes alive for him. And she dances her solo dance –  for it is she alone who dances in the corridors of his fantasy, no one else – whilst he watches with hunger in his eyes, his calling of her name is all the music she ever needs to send her soaring on the wings of ecstasy, stars and supernovae exploding all around her.